Anthony Spiteri kicks off the third and last day of the Vanguard Summit in Prague with CDP. It’s all about the filter driver. There are many competitors out which put their CDP solution out, but some of them still have issues sometimes, like pink screens of death when on the ESXi hosts. Veeam worked closely with VMware to get the stuff done right. Because when you’re going into the I/O stack with a data protection solution, you have to be sure what you’re doing.

CDP is a VMware-only available solution, there is no CDP for Hyper-V, at least not currently. That might change, but not soon. In Veeam you can leverage the usage of VMware tags for your data protection. You create backup jobs that will use these tags, and depending on these tags you’re able to protect your workloads with the needed RPO / RTO.

When you set up DCP in Veeam, Veeam will install the filter driver on a cluster base. You can’t install it on the host manually, Veeam does that for you but on a cluster base. With Veeam CDP there is an RPO as low as 15 seconds possible. For a restore, you can go back to either a restore point or go back with a slider to a specific point in time. 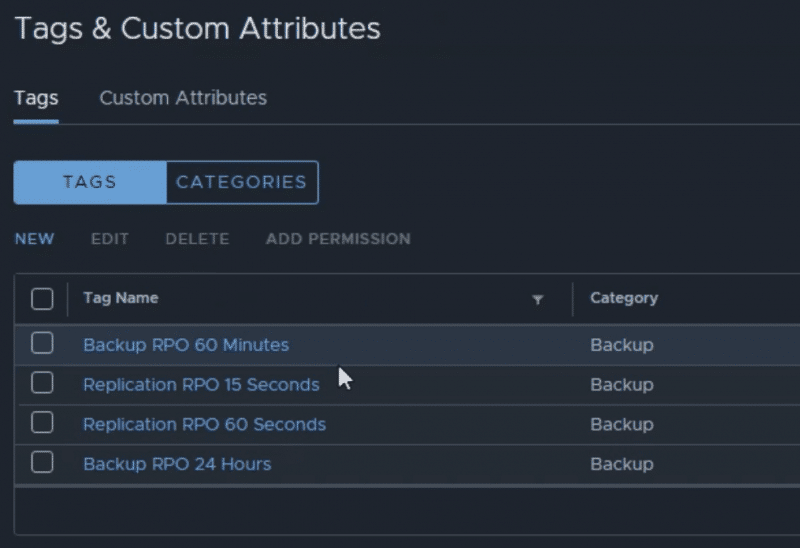 Ilya Afanasyev is telling us more about the Veeam engagement in regards to a program for writers. It is called “Write for us” and it is not restricted to Vanguards only but all other tech people can take part in it. You chose a topic and apply for the program. Veeam will approve the topic (or maybe not) and then it’s your turn to create a draft. If the draft gets approved, your blog post gets published on the Veeam blog and you’ll get a revenue. A blog post brings you 200$ and a white paper is worth about 1000$.

If you’re interested to write some cool blog posts or even a white paper, then visit the “Write for us” program on the Veeam website for more information.

David Hill introduces us to the topic of containers, and how Veeam can handle that. Containers make it possible to use less different operating systems. Today you’ve got patches and updates to install on your operating system, no matter if it’s Linux or Windows. With containers, it becomes a lot simpler.

Andrew Zhelezko and David Hill are talking about the Cloud Tier. In Veeam, you can set up and define multiple types of backup repositories. You can have local disk storage, NAS, deduplication appliances, etc. You can even combine them in a Scale-out Repository. Now with the latest VBR version you’re even able to scale-out to the cloud with the usage of object storage. You’ve got nearly unlimited storage available in the cloud to store your backups. And in Veeam, that’s all policy-driven. Depending on your policy, Veeam does the automatic cloud-tiering to the object storage of your choice. And you can put that object storage also into a Scale-out Repository as a capacity tier.

That means that you might have some backups local, maybe because of compliance reasons or to meet a certain RPO/RTO time. Everything which is older than a specified time will be tiered out to the object storage.

A new feature is the Immutability of your backup files in the object storage. That means that you can lock the backups which are moved out to the cloud. That gives you protection against rogue admins or to have a certain level of compliance. No one can delete your backup files on the cloud storage. You can set the lock for a specific time, and during this time the backup files can’t be deleted. These settings have to be set on a specific S3 bucket.

Nikola Pejkova and Rick Vanover welcome all new and renewed Vanguards here at Prague. As we know it from last year, and maybe also from other conferences, there are the famous traffic light signals. In the following days we will see and hear much of green, yellow and red stuff, which means that they are free to publish, embargoed (publish it somewhen) or even under NDA (don’t even think to publish it or talk about it).

Rick and Nikola explained some new things about the Vanguard program to us. Veeam likes to have more engagement with the Vanguards. There will be more recap movies like they did at VeeamON, helping to build up the profile of a Vanguard, not promoting Veeam especially. Rick guides us through the agenda. There are two rooms this year, with even more sessions for all kinds of tastes of technology and interests. For the official Vanguard Dinner on Tuesday we will have our own Veeam shuttles from the hotel to the venue and back. Awesome!

Rick shares some more program updates and priorities. Such an event, and also the Vanguard program is a great opportunity to get more information directly from the source. As a Vanguard, you’re also able to give your feedback directly to the responsible persons, like feedback for beta versions, or the program itself. These persons can push it into the right channels to make it probably happen.

This year, Veeam is hosting a virtual conference for Cloud Data Management. Well, not just a virtual conference, but the Premier Virtual Conference for Cloud Data Management. The VeeamON Virtual Conference on November 20 this year is fully packed with sessions about the Vision & Strategy, and you can learn some Implementation Best Practices. You’ll get also vital insights about Cloud-Powered stuff like Office365 backup, Backup as a Service and Disaster Recovery as a Service, as well as valuable information about Architecture & Design of the backup solution.

And I’m happy to be part of the expert lounge during this virtual event. Feel free to stop by, say hello and ask your questions! All you have to do is to visit the VeeamON Virtual website here, register and join the conference on November 20, 2019.

If you are interested in learning more about Veeam Software from the Masters your journey has ended. This compilation of Master Tricks for Installation, Configuration and Troubleshooting will be worth your time.

Get this book now, for free if you like, or spend any amount you like if you think it’s worth it. And trust me, it is!

We’ve published this book at Leanpub. One of the major advantages is that we can update the book as soon as something should change. Like for example, if there is a new update for Veeam Backup & Replication, and something looks a little different than it did before. Or if there are new features. You can always get the most recent version of this book in a digital version. To mention, it’s not a hard copy, not a printed book. It’s really a digital document. But you can read it on any device, at any place, at any time.

The idea was born…

The idea of writing a book was born during our Veeam Vanguard Summit 2018 in Prague. We’re proud to have two famous community experts in our rows. Dave and Cristal Kawula taught us how to write stuff, tools you could use, for example, tools for grammar, online platforms for publishing etc. It was a great session they presented us with so many interesting things and cool tips!

After the official part of their session, Dave and Cristal announced that they would like to write a book about mastering Veeam, with tips and tricks from the experts. And with experts, they meant us, the Veeam Vanguards. What an announcement! The people were surprised by that, that there would be the opportunity to work together on a book! So all the Vanguards did their best and brought in their knowledge for that book.

How we did that

The idea was that Vanguards, who would like to participate in this book, will bring in their knowledge and share it with the people. As this was a fast-publishing book project there was no time to write new articles and chapters. The Vanguards took their great blog posts and brought them in a form which then was used by Dave and Cristal for the chapters in the book. I was delighted when Dave and Cristal accepted my two articles about using Starwind VTL with AWS S3 in Veeam and Configure Azure Direct Restore with Veeam 9.5. There are so many great articles in this book, from PowerShell through troubleshooting to installation tips and tricks.

There is at least a chance of Volume 2 or even Volume 3 of this book. With the update 4 for Veeam Backup & Replication, there are also some cool new features. And why not have them all in a book for reference?