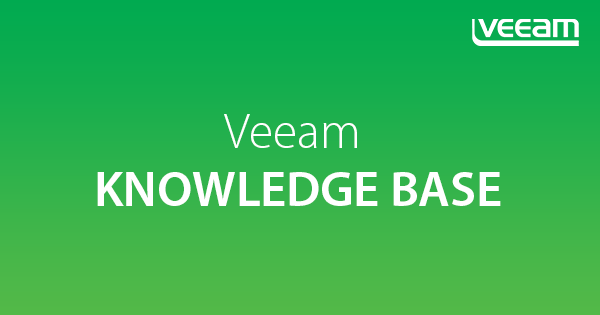 When you are an active Veeam forums user then you will probably also receive the weekly mail on Sunday evening from Anton Gostev. The famous “Word from Gostev”. In the most recent mail from Gostev, the one from last Sunday (19th of February 2017) Gostev announced that update 1 for Veeam Backup & Replication now is integrated in the ISO file for download.

Well, that’s great news! Until this date you had to download the ISO file and the update separately, and install both separately too. Now you don’t have to do that anymore. If you’re planning to install a fresh Veeam backup server, or if you just want to update your software library with the latest versions, then you can now grab the updated ISO file which includes update 1.

It’s possible that i only dreamt of it, but i’m pretty sure that i read it somewhere, either in a mail, on the forums or the Veeam website. As far as i’m not wrong, the usual way of releasing a patch was like this:

Stage 1: If you had a technical issue which should be resolved with the patch (so an issue which is on the changelog alter on) then you received the patch in advance from Veeam technical support.

Stage 2: Beta tester. You can download the patch from a non public link and install it in your environment. I think that was also via Support, or probably via forum announcement (don’t blame me for not knowing that, i don’t install betas because i don’t have labs in production…).

NEW Stage 4: the updates are now integrated in the latest ISO files for the full product download.

I’m pretty sure that the stages above will still be valid. If there is an issue for which you created a support case with Veeam technical support, and if this issue can be resolved with the latest (pre-release) update, then you will get the patch earlier. And i think also that there will be another announcement for the next update (if there is an update) and

And did i mention that this not only is for Veeam Backup & Replication but also for Veeam Availability Suite? Check the new ISO file here. Update 1 for Veeam ONE is also integrated.

Just a last thing. If you’re not sure which version you’ve installed at the moment, and which version is the latest, check this link to the Veeam forum. The first sticky post is from Gostev with all details about the latest version (including update release history). 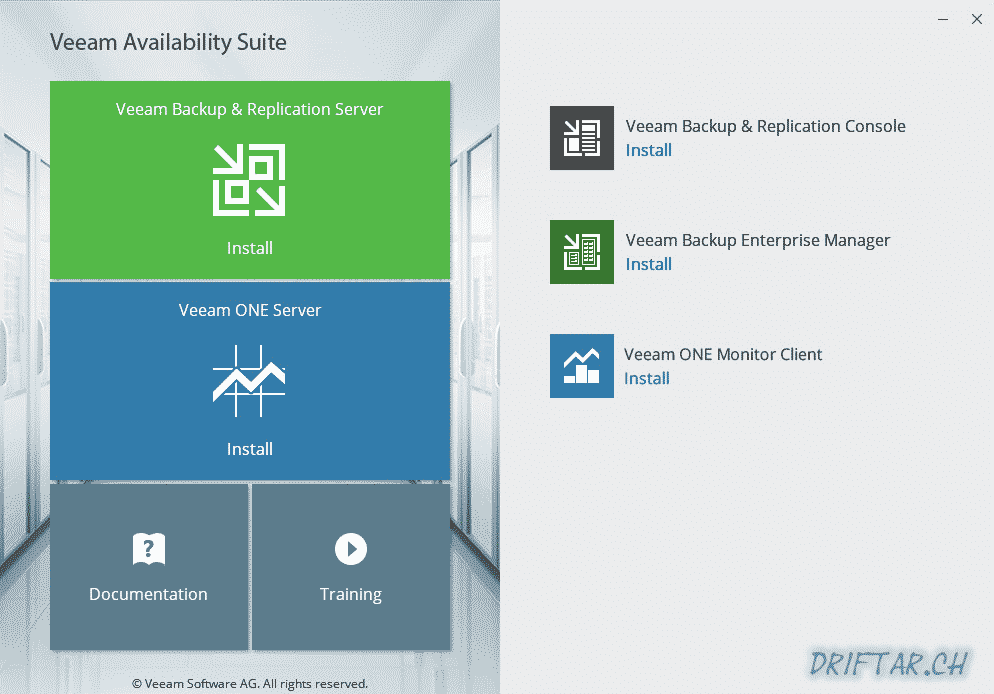 Today i was working in my homelab. I installed an availability solution. It was a quick thing, no complex setup and configuration, but a straightforward installation. Even if its “just” my homelab, i want to know that my VMs are safe and secure and that i can see trends about space utilization and other parameters. How do you achieve that? With installing Veeam Availability Suite v9. 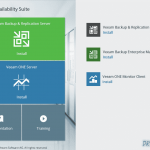 Just to clarify, the time to create the screenshots took longer than the actual setup of this availability solution. The setup assistant will guide and help you through the setup, it’s really easy, and after few minutes you are ready to go and take the next steps.

What is Veeam Availability Suite?

Why not only creating backups?

There is for sure not just one simple answer, but let my try to explain. With Veeam Availability Suite you will ditch your legacy backup solution and get real availability for your servers, your data and your business. Veeam Backup & Replication is used to setup the backup of your virtual infrastructure. Through Veeam ONE you get the whole monitoring, reporting and capacity planning. In a single pane of glass you get instant reports, you can monitor your infrastructure and get some insights in the capacity. With this you will find out some trends (for example when a specific data store runs out of space), even before it actually happens.

How do i install this software?

As i already mentioned it’s a really easy process. The setup assistant will ask you some things, but more or less it’s next, next, finish. For sure you can specify the setup steps and configure other ports as the recommended ones for example. The setup assistant gives you this ability if you want. If you are fine with the standard settings, you can leave them and go on.

The following guide line will show you how easy the setup process is. I did an easy deployment, all stuff centralized on one server because my lab is not that big (at the moment). I will discover the points mentioned above, for example the extended screens of the setup assistant, to cover all your needs.