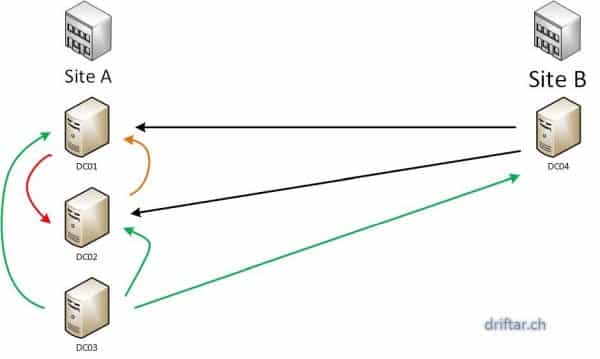 I want to provide you some information about this issue and how i solved it. Probably it will help you solving your Active Directory replication issues. And if not i hope it will be at least something you can check if this patricular thing is ok and help you with troubleshooting.

With repadmin /kcc you can force KCC (Knowledge Consistency Checker) to run on a domain controller. KCC will run and check its inbound replication topology immediately and will generate missing connections. I did that. But it didn’t help. No new generated connections. So grab the shovel and let’s dig again few inches…

The next check i did was to find out if any specific role probably has been moved to another domain controller, which shouldn’t be moved. With netdom query fsmo you will find out which domain controller is holding the five (or some of the five if you distributed them) FSMO (Flexible Single Master Operations) roles:

All of the above roles were holded by the first domain controller (DC01 / Server 2008 R2). So this couldn’t be the cause of this replication issue.

Lucky me i found out (and that was more luck than other) that one special role was moved to the new domain controller (DC03 / Server 2012 R2). You probably know this role. It was the ISTG (Infrastructure Topology Generator) role. I didn’t know why this role is on another server than on the first domain controller DC01. And for sure i didn’t move this role.

The first domain controller promoted in a site takes on the ISTG role. And this is a fairly sticky role. If the current ISTG becomes unavailable for 60 minutes, an election is held by the other DCs in the site to appoint a new ISTG.  This can sometimes cause problems for Active Directory replication. And i think this was actually causing problems with the customers Active Directory replication. What makes me wondering is the fact of the election by the other DCs in the site. The former holder of the ISTG role wasn’t unavailable. I created users on it and found out that replication does not work proper. What the heck is going on?

Moving ISTG role back to the origin

Everytime i read about ADSIEdit my spider senses are tingling. Normaly you shouldn’t have to do anything in ADSIEdit, if anything is running fine. IF anything is running fine. In this case i had to. A short search led me to the EXPTA blog of Jeff Guillet. I had to move the ISTG role back to the origin server, which was DC01. And this is only possible through ADSIEdit. And because i knew that the newly installed DC03 is replicating fine to all other domain controllers i did this change on this domain controller. 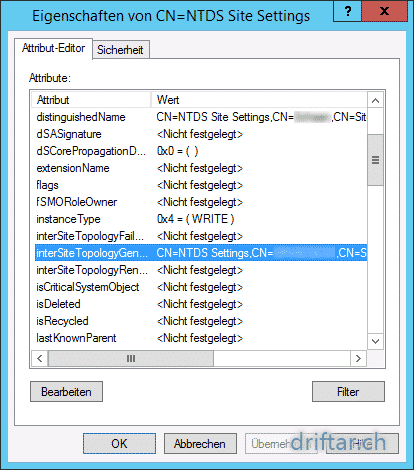 After waiting some minutes i checked this specific setting on all other domain controllers and saw that it was replicated correctly. At least one good sign? But let’s move on…

In Active Directory Sites and Services i found out that on each site the automatic generation of replication topology was disabled. I don’t know why, but probably because there was a replication issue I can’t explain. So again back to ADSIEdit and checking the values. I searched the internet and found a helpful ressource on Isaac Oben’s blog.

On the right panel right click the “CN=NTDS Site Settings” and choose properties. 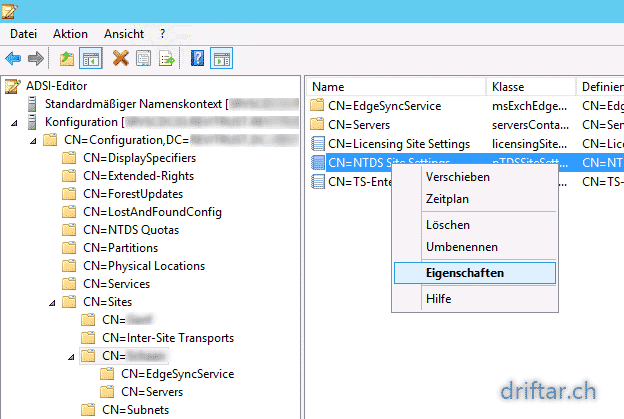 Scroll down to the “options” value and change it to one of the above values. To re-enable the topology generator you have to enter the value 0. 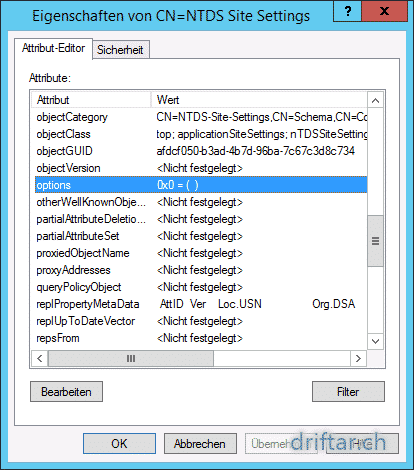 I did this first on the newly installed domain controller because he was replicating fine to any other DC. After waiting some minutes i changed this value for all sites and verified that these settings were replicated to all other DCs. I had to manually adjust this on some of the other DCs.

After lunch i checked all DCs again with dcdiag and checked if my previously created dummy users were replicated to all DCs. And they were.

I didn’t see this kind of issue before. There were other replication issues, sure, but not one of this kind. And that even after promoting a new domain controller. Finally adjusting the ISTG role and re-enabling the topology generator did the trick. 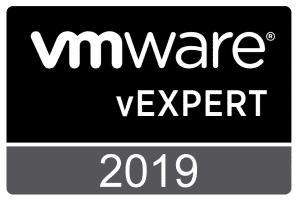 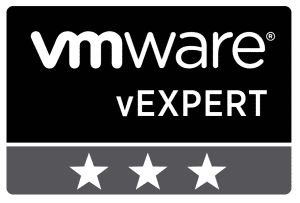