Yes i know that, the title of this blog post doesn’t sound very well. But if you read this blog post you can see that it fits very well. Recently, just some days before the writing of this post, one of my customers called me because of a vCenter issue. He’s got two HPE ProLiant DL380 Gen9 and an MSA 2040 SAS Dual Controller storage system.

The customer told me that some VM’s aren’t running anymore and that both hosts aren’t available in vCenter management. I made a quick look through remote support and saw that. Both hosts were gone, most of the VM’s still running but some not. We first tried to access the hosts through SSH but no success. We tried to access the DCUI with moderate success. At least we were able to logon, but the DCUI didn’t respond after successful login. That’s kind of strange, didn’t see that until yet. The hosts did respond to ping, so that’s at least a little light at the end of the tunnel.

We then decided to restart one host. We don’t have SSH (PuTTY) access to the hosts, we can’t manage them from vCenter, we can’t use the DCUI. What else could happen?

So we restarted a host. And this is the beginning of this story…

Today i had again some of the problems worth writing about it afterwards. A customer called because of a strange network issue on a computer in his network. He can’t access the network drives. They are connected but he can’t access them.  Also no access to UNC paths (like \\server\sharedfolder). Both ways he receives an “Access denied” error.

So i started with some tests just to make sure we are talking the same and if at least the basics on the computer, server and network are fine. It was one of the weirdest problems i have had the last few weeks. And the solution was so simple and cheap that it is embarrassing. But i don’t want to anticipate it. Let’s have a review.

The following list describe the troubleshooting steps which we did today. I’ll hope that this “checklist” (well, actually more a list of steps i tried) will help you if you are in the same situation as i was (or probably in a situation close to this).

So basically on the client it looked all good. DNS was fine, internet connection was good. But we still don’t have access to UNC paths or network drives.

DNS or permission issues are common in most IT environments. But at this time it wasn’t the root cause of this problem. Because we checked DNS and permissions and it was all fine. Let’s dig a little deeper.

So now we knew that there has to be a computer related issues. Nothing with the user profile, no permission conflicts or DNS errors. But what the hell can cause this problem?

Just to make sure there is no software causing some issues, we tried several things.

The customer was in a hurry because he had to leave after lunch time (which we both didn’t had today). But he will call me in a few hours he said. So i ended up like a donkey at a five-barred gate. I can’t imagine were this issue has it’s root cause. All checked were good, all settings were correct. But just with this computer there is still no access to UNC paths or network drives.

Later this afternoon the customer called me when he was back in the office. He said he don’t have that much time. So, let’s do this, computer. Let’s finally solve your problem.

The second last attempt was to remove this computer from the existing domain, delete the computer object in Active Directory and to join the domain again.

Damn, what have i done? What should i do now? Come on, it can’t be that hard! One last attempt i had in mind. What about to uninstall the network card of this computer? It can’t get any worse. Let’s try that!

The customer tried to login after the last restart. Then we checked the network drives, and here they are! Access granted! A quick check with the UNC paths was also working now. Uninstalling the network card, deleting its software and letting Windows search for a driver did the trick.

The customer was happy today (the computer is for the secretariat, the user was out of office today) and the user will be happy tomorrow 🙂 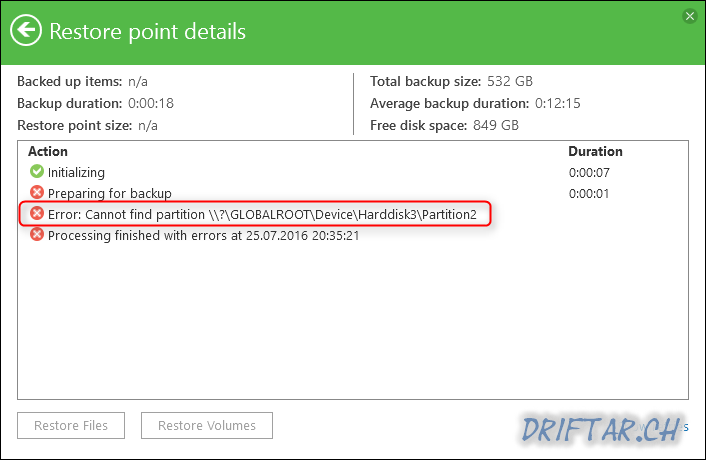 Today i had to do some quick research for a specific problem in Veeam Endpoint Backup FREE. The program told me that it cannot find a specific partition on my computer. The first thought was that this could be a bad sign, a sign of a predictive drive error or some thing like that. My spider senses were tingeling…

My computer is setup to do a daily backup to a Synology NAS system with Veeam Endpoint Backup FREE. It does it’s job very fast and really good. It was an easy and straight forward setup process. The guys at Veeam did an excellent job with this piece of software (as they also did for the commercial Veeam Backup & Replication, just to make that clear).

So i was sitting in front of my screen looking at this error message. First of all i did a quick look in Windows disk management and it told me that my disks were all present and accessible. So i did not check SMART nor executed other hard disk tests. A quick hip shot at Google brought me to the solution. And as often i found the solution in the famous Veeam forums.

When i find the time i will do further research about the root cause of this problem. But i think i already have something a possible cause discovered (upgrading to the latest Windows 10 Insider Slow Ring update)… But anyway.

That sounds bad in the first moment. But if you check your disks, and they are all present and accessible, than it shouldn’t be a big problem.

It was really easy. But you have to have the idea were to look for the solution. Or you should know the root cause of this problem.

Finally, the solution was to re-run the “Configure backup” wizard. At the point where you select the volumes for backup, mark the checkbox for “Show system and hidden volumes”. That did the trick. My “EFI system partition” was deselected, so i had to reselect it. After checking the volumes (and marking the missing ones) you can finish the wizard. 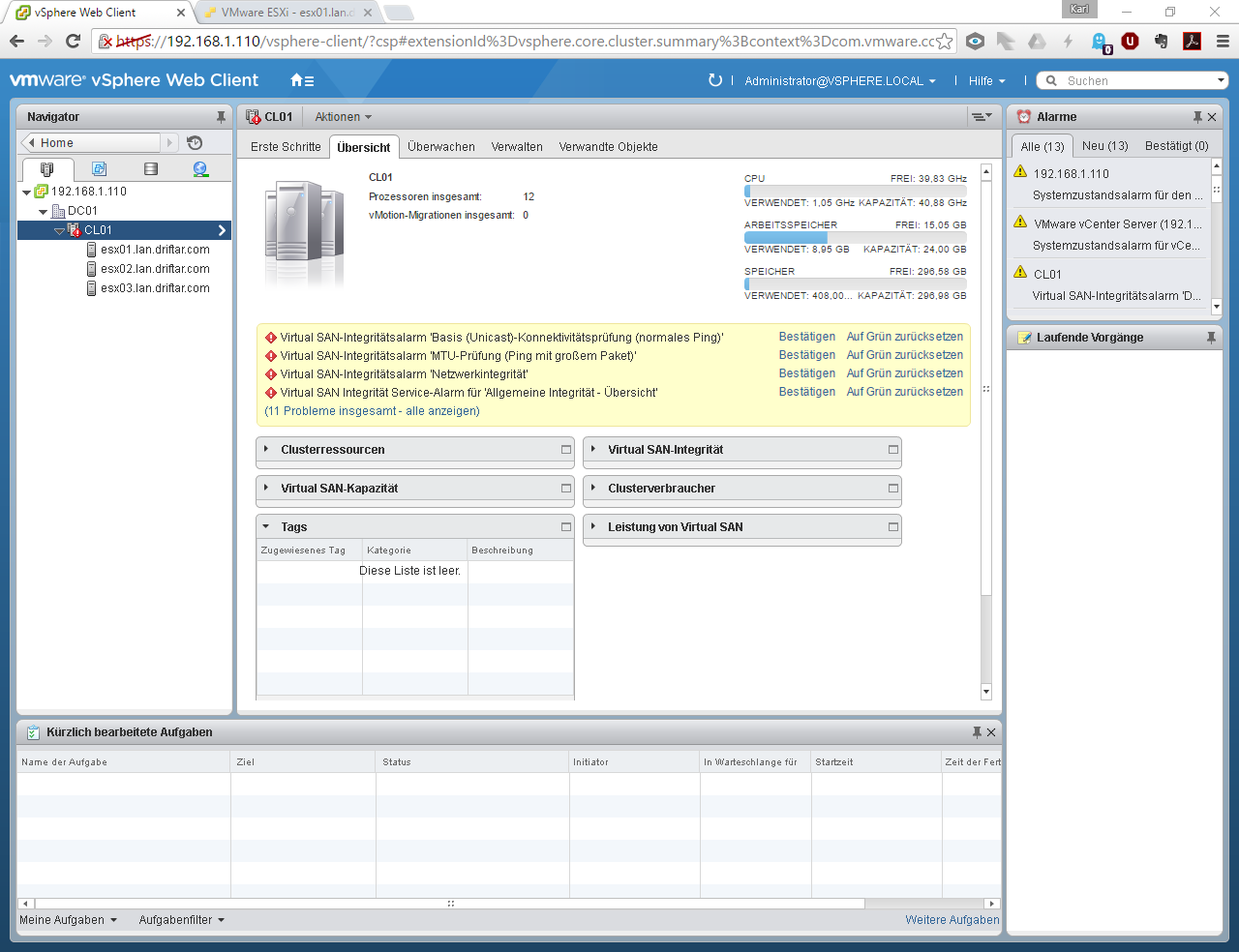 "Unable to connect to the MKS: Login (username / password) incorrect" 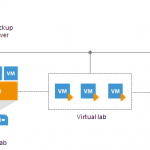