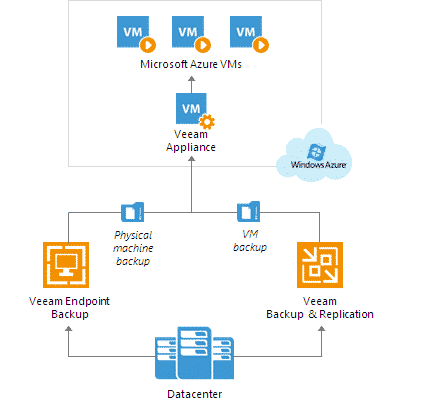 Since the direct restore to Azure was announced with Veeam version 9.5 i wanted to test that and to get some hands on. But there is always either lacking of time or Murphy, which both are against me. This week I’ve been digging into this topic. I wanted to create a working configuration for a direct restore to Azure. Let me tell you this fairy tale…

I’m not completely new to cloud computing at all. I did some first steps with Amazon AWS and my first website, i tried out Microsoft Azure when it was relatively new, and i had also some tryouts with VMware vCloud Air. But all was just for testing, looking how that stuff works. No big deal at all. Now with Veeam version 9.5 this new feature called “Direct Restore to Microsoft Azure” comes in handy.

Before you try to just configure the direct restore in Veeam Backup & Replication 9.5 there are some requirements you have to fulfill, otherwise you will do many of the setup assistants twice or more (like i had to do because i didn’t know what exactly are the requirements).

Hint: if you organize all of this stuff above in the same ressource group on Azure you will have a better overview (at least then if you are already a heavy Azure user and if you’ve got lots of things on your Azure dashboard).

With this basics above configured we are ready to set the things up in Veeam Backup & Replication.