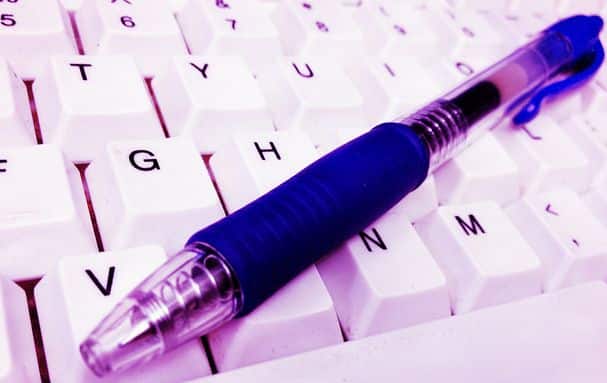 Call it a review or a look back. Or a time travel if you like to. I’d like to introduce you the 10 most popular posts on my blog of 2017. And a short reflection what happend in 2016.

Very much happened last year (you don’t say?). I had the opportunity to work on many interesting customer projects. Preparing and planning a huge cloud migration for one of my customers was and still is one of my favorite projects. But there were not only projects in my company and for customers but also many personal projects. I invested much effort, time and money to build a small vSphere homelab as preparation for my VMware VCP and Veeam VMCE-ADO exams (where i failed twice VCP in 2016, dang it, and i’m still learning for it). In 2017i attended also one great event in New Orleans, VeeamON.

This event was great. Exhausting. Interesting. I met so many cool people, had interesting chats with them. All about virtualization and data protection. I would like to mention the Veeam team, especially the people behind the Veeam VVanguard program, when i had the opportunity to meet them and have a good chat. Really cool guys there at Veeam, thank you!

The year before i really started with blogging. In the meantime i really like it and i was able to publish some good articles i think. Sometimes i don’t know what to write. I’m not a fashionista, or a foodie, that puts every bit on the internet. I’d like to provide content which hopefully help people to get their job done and i’d like to help solving a problem. Most of my blog posts are based on problems which i struggled with, and a solution i found for. Bang. Put that on my website. Because mostly you’re not alone with a specific IT problem. And if you find a solution here on my blog, you’re welcome. I’m here to help. Some other blog posts are based just on my personal interest in all kinds of IT belongings. Is there a new feature in Veeam or a new version? I’ll go out and test it. Bang. Blog post done.

But now let us focus on what happened on my blog last year. What are the 10 most popular blog posts of 2017? Here they are!

There are some pretty nifty features in Veeam, but not many people know or use them. One of this features is VeeamZip. You’ve got a VM which will be retired? VeeamZip it! You’ll get a separate backup file to store it somewhere in your archive, not in your regular backup storage.

You probably know the movie “Groundhog Day” with Bill Murray. Every day the same things happen. So with your backups. You backup your data each and every day. But do you also test it? What happens if you really have to restore something? There are many companies which don’t test their backups. With Veeam SureBackup you can fully automate it. And save your time for more important things.

This was one of my bigger posts. It is a complete how to on using Starwind VTL (Virtual Tape Library) in Veeam, together with AWS. With Veeam you can us this VTL to archive your backups to the AWS S3 cloud storage.

VMware vSphere – How to script vMotion for your VMs

Talking about homelabs i also want to mention automation. I tried to script a little, for example how can i solve it through a script that all my lab VMs will be vmotioned at a certain trigger.

VMware – Becoming a vExpert for the first time

This all started at VMworld Barcelona 2016 where i met some very cool guys. We were discussing about certification and stuff like that. Then we talked about vExpert and how to become one. So i applied for it and had to wait quite a nerve-racking time…

In this blog post it was all about homelab hardware. I bought a new Synology NAS and tried to implement it in my vSphere lab environment. For sure i tried also how to integrate the iSCSI LUNs to get VMs running on it.

At a customer i implemented a new Server 2012 R2 to start implementing new group policies for actual client operating systems. But the replication didn’t like to do what i liked…

All began with a {DataTransfer.SyncDisk} error message in the Veeam logs at a Backup Copy job to another site. There was some research needed, but nothing that can’t not be solved.

VMware Workstation – Unable to connect to the MKS: Login incorrect

Many people are using VMware Workstation to create VMs, test software etc. But you can also connect to your existing vSphere infrastructure to create VMs there or do whatever you like. I tried that to and had an issue with my credentials.

Last but not least, the most viewed blog post. It was an adventurous troubleshooting which i had at a customer. Complete outage of ESXi servers, with no reason at all except a restart of one host done by the customer.

That’s it folks. The review is done. These were the 10 most popular posts on my blog in 2016. I hope you enjoyed this review, and that you probably found a topic of interest, or a solution for a problem. I’m always here to help.